Biopharmaceutics researchers from the Basit Research Group at UCL School of Pharmacy and Sun Yat-sen University investigated the influence of food intake and the sex of rats on the expression of the intestinal efflux pump, P-glycoprotein (P-gp). P-gp is an ATP-dependent efflux transporter expressed in the apical membrane of epithelial cells in the intestine, as well as in the blood-brain-barrier, hepatocytes and kidney epithelia. Its expression and functionality can affect the absorption of P-gp substrates, which include digoxin, loperamide, paclitaxel and cimetidine.

Rats are often used in pre-clinical studies into oral drug development due to their low cost and ease of handling. Importantly, there are similarities between their GI physiological properties and those of human. Male and female Wistar rats in the fasted and fed state were chosen as the animal model and a validated LC-MS/MS was conducted. Interestingly, a sex difference was reported in the jejunum, the main site of drug absorption, where P-gp expression was significantly higher in fasted males, then fasted female rats. Contrastingly, in the postprandial state, fed female rats showed increased P-gp expression, compared to the male rats.

Key parameters of the luminal fluid, which can affect drug solubility were measured in the four groups; pH, surface tension, buffer capacity and osmolality. In general, the characteristics were similar, with notable exception between the fasted and fed states in the pH, osmolality and the surface tension of the stomach and colon. A sex difference was reported in the buffer capacity of the duodenum and caecum.

The results were published in March 2020 in Pharmaceutics and concluded that insights into the influence of sex and food consumption on the absorption of P-gp substrates can lead to an improved translation from early-phase pre-clinical animal studies to human pharmacokinetic studies. Furthermore, help to understand inter-individual variation in the pharmacokinetic of P-gp substrates. Feel free to view the article at https://doi.org/10.3390/pharmaceutics12040296. 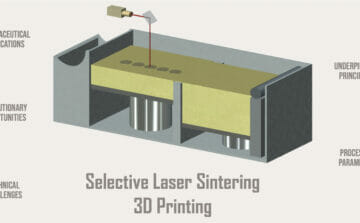 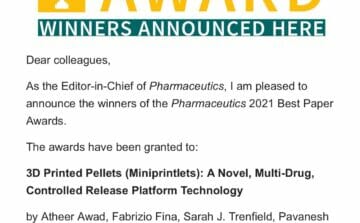 Winners of the Pharmaceutics 2021 Best Paper 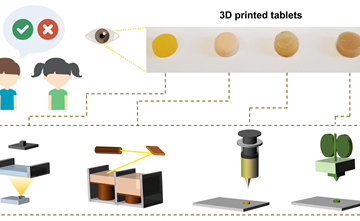 I Spy with My Little Eye: A Paediatric Visual Preferences Survey of 3D Printed Tablets