5-ALA as a Novel Therapeutic for IBD

In a recent study, we have demonstrated 5-ALA (5-aminolevulinic acid) as a promising new treatment for IBD (inflammatory bowel disease).

IBD is a term used to represent multiple serious inflammatory conditions affecting the gastrointestinal tract, including ulcerative colitis and Crohn's disease. Globally, cases of IBD are on the rise: up by 85.1% from 1990 to 2017. IBD greatly impacts the lives of those that suffer from it, leading to common symptoms of abdominal pain, diarrhoea, weight loss, rectal bleeding, and malnutrition that can significantly reduce individuals' quality of life. IBD also carries a substantial financial burden. In the U.S, lifetime healthcare costs for individuals with IBD average at over half a million dollars. Current initial treatments for IBD include mesalamine (5-aminosalicylic acid), corticosteroids, ciclosporin, tacrolimus and azathioprine, often do not lead to disease remission, and carry the risk of significant adverse effects. Newer treatments, such as the anti-TNF monoclonal antibodies and JAK inhibitors also carry their risks, such as increased risk of lymphoma or pulmonary embolism.

5-ALA is a naturally occurring nonprotein amino acid licensed as an optical imaging agent for high-grade gliomas. In addition, the molecule has received attention for the treatment of numerous other diseases, including type 2 diabetes mellitus, endometriosis, neurodegeneration, and even SARS-CoV-2. Through its induction of heme oxygenase-1, 5-ALA is thought to have antioxidative effects, regulate inflammation, apoptosis, fibrosis, angiogenesis, and cell proliferation. Coupled with its good safety profile, 5-ALA represents a promising agent for the treatment of IBD.

In our study, we show 5-ALA to be stable in both mouse and human colonic fluid, as well as colonic tissue. This is an important indication that the drug would be stable within the colon in vivo, a common site of inflammation in IBD. Mice with acute colitis dosed with 5-ALA demonstrated significantly improved colonic inflammation, increased local heme oxygenase-1 levels, and decreased concentrations of proinflammatory cytokines TNF-α, IL-6, and IL-1β in both plasma and colonic tissue, compared to controls. These effects were also superior to that measured concurrently with established anti-inflammatory treatments, ciclosporin and 5-aminosalicylic acid (mesalazine). Therefore, 5-ALA may present a novel addition to the existing arsenal of IBD therapeutics. Moving forward, its targeted delivery to the colon will be investigated, to assess the benefits of local 5-ALA treatment of IBD.

For more information, read our open-access paper for free here. 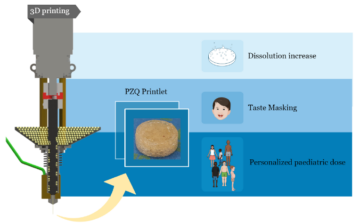 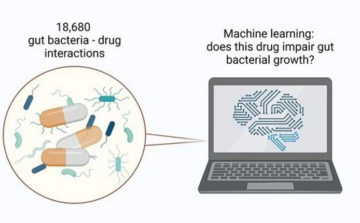 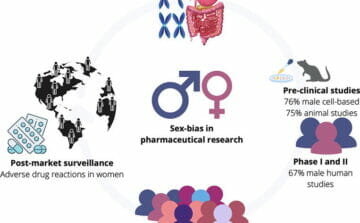