Drug repurposing and reformulation are promising approaches to overcome shortages in novel drug discovery and development especially in the areas of rare diseases, psychological and neurodegenerative disorders. Repurposing refers to the use of an already approved drug for new therapeutic indication; the most recognizable example of drug repurposing is sildenafil which was originally developed for the treatment of hypertension but was repurposed for the treatment of erectile dysfunction. Reformulation, however, is the development of a new formulation for the same pharmaceutical product. Both strategies can extend the patency of the drug. Moreover, reformulation could enhance medicines' safety, efficacy, and acceptability and, accordingly, patient compliance and adherence.

In this research, quetiapine (QUE), an antipsychotic, has been used as a repurposed drug for the management of treatment-resistant depression. A fast-dissolving film containing a fixed-dose combination of quetiapine and escitalopram (ESC), an antidepressant, has been fabricated using electrospinning. Fast dissolving film is a novel solid dosage form consisting of a thin polymeric sheet that when placed in the mouth dissolves within seconds without the need for water intake. It is advantageous in terms of ease of drug administration especially in populations for whom swallowing difficulties are common such as paediatrics, geriatrics, or mentally ill patients. Such formulation allows drug absorption via the oromucosal route whereby faster effect and higher bioavailability, by bypassing first-pass metabolism, could be achieved. Electrospinning is an advanced fabrication technique in which drug/polymer solution is subjected to an electrostatic force that generates micro to nano-sized fibres. It can prepare amorphous solid dispersions and produce very porous structures which enable fast dissolution. The developed formulation underwent serious of tests for full characterization as well as in-vitro and ex-vivo properties evaluation. 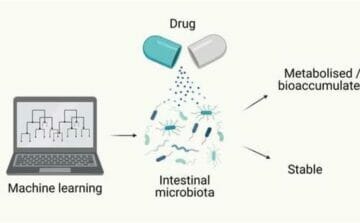 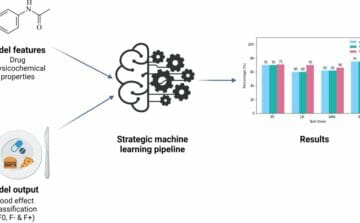 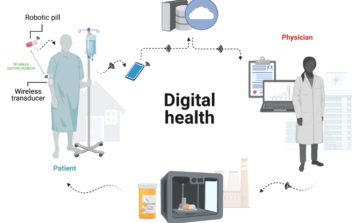 Reimagining healthcare in the digital era: journey to the future